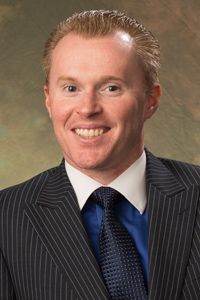 Wayne G. McDonnell, Jr., M.B.A. has been involved in education, media, coaching, and finance for two decades. He achieved the rank of Clinical Professor of Sport Management and served as Academic Chair at New York University’s Tisch Institute for Global Sport. A former financial analyst and accountant at Madison Square Garden, McDonnell is a business of baseball contributor for Forbes Sports Money. He has also written for the YES Network, other sport business periodicals, textbook chapters, and has presented research papers at industry conferences.

McDonnell is a highly sought-after commentator on issues regarding the business of baseball. He has consistently appeared on television programs on the MLB Network; Bloomberg; ABC; NBC; FOX; CNN; SportsNet New York, and the YES Network. McDonnell is a frequent guest on podcasts and ESPN radio programs across the country. He is also a college baseball and softball analyst for the ACC Network Extra.

Previously, McDonnell was an Adjunct Full Professor at St. John’s University teaching an online synchronous course on the Economics of Sport in the Collins College of Professional Studies Division of Sport Management. In his spare time, McDonnell lends his expertise to inCourage, a not-for-profit that helps young athletes and adults redefine success in youth sports. He represents the company as Vice President of Content and Curriculum on panel discussions, conferences, and events.

A winner of academic awards for teaching excellence and outstanding service at New York University, McDonnell has excelled in establishing successful endeavors in complex environments while maintaining a deep commitment to creating exceptional experiences. Over a 17-year career at New York University, he was instrumental in the implementation of academic policies and curricula development through innovative sport courses for undergraduate, graduate, high school academy, and continuing education students. McDonnell played a vital role in the expansion of a highly regarded sport management program while maintaining a strong connection to the industry through guest lectures, networking, internships, development, experiential learning, and strategic collaborations.

Born and raised in the Bronx, McDonnell holds a B.B.A. (Finance) and M.B.A (Management) from Iona University’s LaPenta School of Business and is a proud graduate of Iona Preparatory School in New Rochelle, New York.