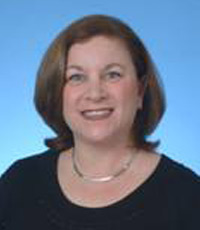 Debra (Deb) J. C. Murray has been a faculty member at the University of North Carolina at Chapel Hill since 1985 and has served in many capacities within the Department of Exercise and Sport Science (EXSS) and the university community.  She was the Founder and Director of the Undergraduate Internship Athletic Training Program from 1985-1995, Aquatics Director from 2010- 2014 and Health Education Coordinator from 1995- present.  For most of her tenure, she has also been Coordinator and Instructor for the Adapted Lifetime Fitness Course which encompasses designing and implementing individualized fitness programs for undergraduate students with physical accessibility restrictions.

Outside of her responsibilities within the EXSS Department, Deb has demonstrated her passion for mentoring UNC undergraduate students.  In particular, she has served as the Faculty Advisor for the Phi Beta Chi Panhellenic Social Sorority since 2007.  In this role she has been instrumental in guiding decisions about leadership styles, finances, event organization and administration, conflict resolution, time and stress management, academic strategies and personal lifestyle choices within the membership of forty to one hundred and sixty women per year.  She was recognized as the Outstanding Faculty UNC Advisor by Carolina Fraternity and Sorority Life in 2008, 2009, 2011, 2018 and 2019.  She was also awarded “Advisor of the Year” by National Phi Beta Chi in 2019 and Carolina Women’s Leadership Council Faculty to Undergraduate Mentoring Award in 2020.  Additionally, Deb has shown her desire to make a dramatic impact with the undergraduate population by acting as a volunteer live-in sorority House Director for five years and denotes those years of daily immersion with the students as some of her favorites at the university.